Skip to Main Content
It looks like you're using Internet Explorer 11 or older. This website works best with modern browsers such as the latest versions of Chrome, Firefox, Safari, and Edge. If you continue with this browser, you may see unexpected results.

Dr. David Schecter is currently the Vice Provost at CSUB, working for Dr. Jenny Zorn, our Provost and Vice President for Academic Affairs.  He has been with CSUB since January of 2014 and before that he served for 13 years at Fresno State in the Political Science Department.
David was born and raised in Florida, received his BS in History and Social Science and his MS in Political Science from Florida State University.  He went on to earn his PhD from the University of Florida and in 2013 he completed an Executive MBA with Honors from the Craig School of Business at Fresno State.  His research interests include State and Local Politics, party politics and elections.

"I am an Assistant Professor in  American Politics.  My  research interests involve studying issues of race and ethnic politics, the intersectionality of race/ethnicity and gender in politics and immigration policy. I have taught classes on Immigration Policy, Congress and the Presidency as well as Introduction to American Politics. Additionally, I enjoy working in student affairs and student development.  I previously worked with the Ronald E. McNair  Scholars Program and other college programs focused on assisting 1st generation, under-represented students."

Dr. Cargile has collaborated with her colleagues Linda Alvarez, Natasha Altema McNeely, Lisa Pringle, Patricia Posey, Andrea Silva, and Carrie Skulley to produce an article. As this article has not yet been published, it is available for download below.

Before joining the Social Work Department in the Fall of 2001, Mr. Hartsell spent twenty years in direct practice and management in inpatient, residential, partial hospitalization, and outpatient settings.

Mr. Hartsell's current interests are evidence-based practice and supervision.  His approach to teaching assumes that learning is about change, and that teaching does not occur unless learning occurs.  He hopes that each student discovers the wonderful reality that no matter how much we learn, there is more to learn.

Many thanks to all who contributed resources!

Do you have a suggestion? Know of a resource that should be added? Email the compiler: toverduin@csub.edu 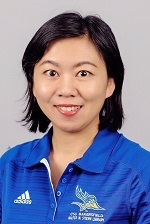