After much planning, a location for the campus was made possible with a land donation from the Kern County Land Company. The donation was finalized in 1968, but the land company opted for their land to be used when the proposal was signed in 1965. Takinginto consideration Bakersfield’s population growth and the 1965 establishment of West High School, the southwest side of the city was suggested to be the best location for the campus and it was referred to early on as the “Stockdale Site.” In addition to West Bakersfield (current site), East Bakersfield (Rio Bravo area) and Delano were also considered as possible locations.

In August of 1965, Gruen Associates (founded in 1946 and based in Los Angeles) were chosen as the architects for the campus. That November, the company began surveying all potential locations but honed in on three by 1966: Stockdale, Buena Vista Preserve, and west of Tehachapi. Delano had been withdrawn from the list in November of 1965, and the Stockdale site was selected by March of 1966. Residents of the area, however, were not all in agreement with the location choice, and theyrallied for a petition to change sites to be circulated. But Governor Pat Brown backed the project and he urged residents to do the same. With the election of Don M. Hart to the Board of Trustees and an allocation of $3.5 million dollars for construction, the site for the college campus was officially approved in 1967. 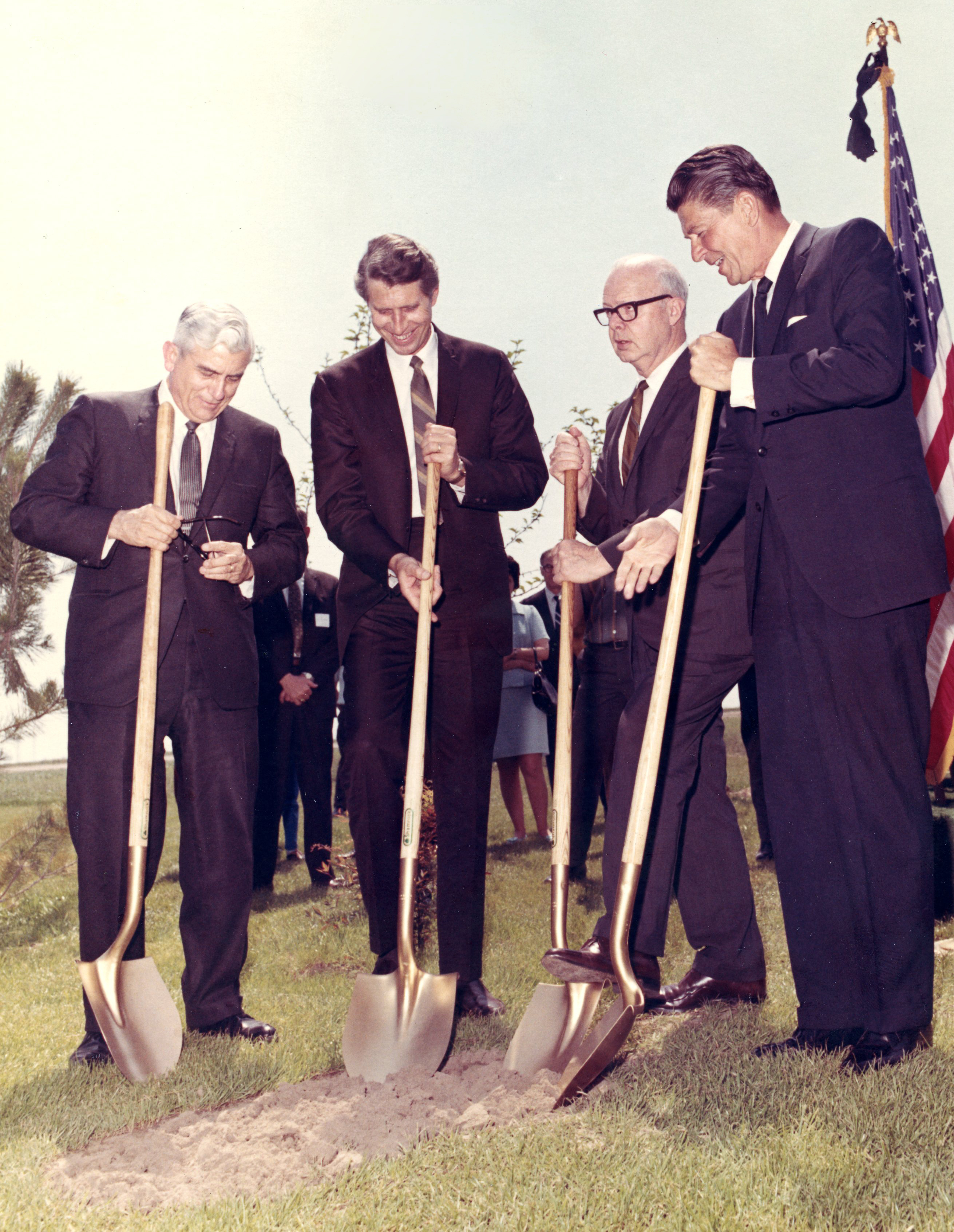 Trustees Chairman Theodore Miriam, and Bakersfield Mayor Don Hart. Reverend Tyree Toliver gave the invocation: “We thank thee for our educational system. As we assemble here today on this historic occasion, we give thee thanks for the many leaders and citizens who have worked long and hard to make this hour a reality.” With the Berkeley’s People’s Park Riot happening just a month before and political activism rising on college campuses, Gov. Reagan warned of radicalism and condemned prejudice and violence:

A free society to remain free must provide that education which is appropriate to the capabilities and the motivations of its citizens... Our public educational institutions have been established and are financed by the people. They are the vehicles of the expression of cultural values and the goals of the people, as well as the repository of knowledge and the distributor of truth... The teaching profession should continue to be one of our most respected professions and the rewards for their service must be commensurate with the importance of the responsibilities involved... Bias and prejudice should be kept out of the classroom, just as violence must be kept out of the campus...